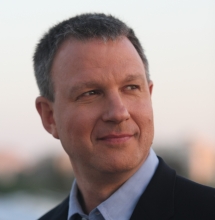 Erel Margalit, founded JVP over 25 years ago, and is one of the chief architects of the startup nation, bringing innovation and entrepreneurial leadership to the country’s most pressing political, economic, and social challenges. Chosen for the Forbes Midas list and by Israel’s prestigious business paper as the first venture capitalist with the golden touch, Erel has led numerous global exits as managing partner of JVP, including implementing the first state sponsored incubator into the famed JVP family of funds, creating the Media Quarter in Jerusalem and leading the Cyber Security effort in Beer Sheva. In addition to helping orchestrate the $4.8 billion sale of Chromatis to Lucent Technologies in 2000, Erel successfully led investments in companies such as QlikTech (NASDAQ:QLIK), Cogent Communications (NASDAQ: CCOI), Netro (initial public offering, JVP subsequently sold its shares at a $5.5 billion company valuation), Cyoptics (acquired by Avago for $434 million), Precise (initial public offering and subsequently acquired by Veritas), Scorpio (acquired by US Robotics), Fundtech, ViryaNet, Jacada, and Allot and leading the investment and serving as the Chairman of CyberArk Software (NASDAQ: CYBR) for numerous years. During his tenure as Member of the Israeli Knesset, between the years 2013 – 2017, Erel served as a Member of the Security and Foreign Affairs Committee and Finance Committee. Erel led the Knesset’s Cybersecurity Taskforce and the Taskforce developing the North and South of Israel, implementing various economic development initiatives around the country. Erel also spearheads the Innovation Initiative for the Mediterranean Basin countries, engaging 14 Arab countries on projects around innovation and cyber security cooperation in the Euro-Med region.