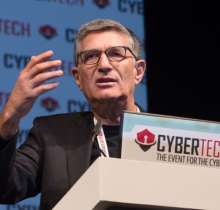 Mr. Tomer retired from a long lasting service within the Israeli security community in January 2014 within which he was holding key position in Israel and overseas. among them Mr. tomer was the chief of the intelligence division for more than four years (2007-2011) anf chief of the international divisin which operates branches and activities all over the world (2011-2014).

Since his retirement Mr. Tomer is employed as a senior consultant for leading Israeli and foriegn cyber-intelligence companies.