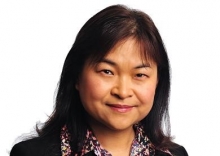 Ms. Song is one of the thought leaders of the cyber security industry in the US. Ms Song is named Top 50 most powerful women in Technology in 2016, 2017 and 2018. Ms. Song holds a M.S. from Florida Atlantic University and studied Computer Science in Tsinghua University in China.