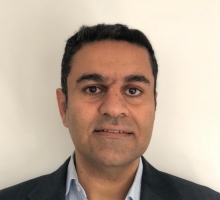 Hay Hazama is the CEO of Athena (part of the MER Group), a leading cyber compliance, risk mitigation and fraud investigation company. Over the last 20 years Hay has held several management positions, leading the teams of various startups through a multi-cultural global business environment.

Prior to joining Athena, Hay held the position of VP Global Sales at Cyberbit, the Cyber Division of Elbit Systems. Before that, he spent eight years in Singapore in various business development positions, and was VP R&D at Safend, a leading end-point security company.

Hay served as a Major in the IDF Intelligence Corps and commander of the cyber security team of the 8200 unit for 11 years.

He holds an EMBA with major in finance and strategy from Rutgers Business School, of the State University of New Jersey, Singapore campus.