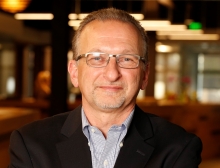 An international businessman, Jacques was born in Belgium, educated in Israel and the U.S., and has held executive positions in Europe and the U.S.  Jacques leads USVP’s Israel practice and is an active investor in the Israeli market and in the IT markets in the U.S. Past USVP companies include Trusteer (acq by IBM), Dune Networks (acq Broadcom) and ClearShape (acq Cadence) along with executive chairmanships at Certess (acq Springsoft) and Synfora (acq Synopsys). Jacques currently works on the boards of Hellosign, Kenna Security, Luminate, Qnovo, Supplyframe, Zerto and ZypMedia. Before joining USVP, Jacques was CEO of Monterey Design Systems from 1999 until its acquisition in 2004. He founded the European subsidiary of Epic Design Technology (EPIC) which had a successful IPO in 1994 and became Vice President of European Sales following its acquisition by Synopsys in 1997. Earlier in his career, Jacques held a number of positions at IMEC, IBM and STMicroelectronics. Fluent in English, French and Hebrew, Jacques holds a B.Sc. in computer engineering from Technion Israel Institute of Technology, and an M.Sc. and Ph.D. in computer engineering from Carnegie Mellon University. He is on the Board of Governors of Technion and on board of the California Israel Chamber of Commerce.