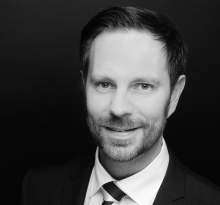 After his graduation from Hamburg Law School in 2007, Matthias joined one of the Big Four accounting firms in Germany as research assistant in the department of Corporate Restructuring (2007-2008). From 2008 to 2009, Matthias has participated in the European Master in Law and Economics program with a strong focus on regulatory law (terms at George Mason School of Law, Arlington, USA; University of Gent, Belgium; University of Haifa, Israel). Matthias is a PhD candidate in the field of European Union Law at the University of Hamburg.

Previously to his bar examination in 2012, Matthias worked for the German Embassy in Bangkok and for the Supreme Court of Israel (Justice Hanan Melcer) as part of the mandatory German legal clerkship scheme. In 2012, Matthias started to practice regulatory law with the Berlin branch of a large German law firm.

Since 2014 until today, Matthias has been serving as policy officer (by now in a senior position) in the Federal Ministry of the Interior. He is responsible for cybersecurity in the private sector, most importantly in critical infrastructures. Transforming the European NIS-Directive into German national law, Matthias has drafted the ordinance on the determination of critical infrastructures in the Federal Republic of Germany. Matthias is assigned to the planning board of the public private partnership for the Critical Infrastructure Protection (UP KRITIS) in Germany which provides a secure platform for sharing sensitive information on cybersecurity incidents on a voluntary basis. Additionally, Matthias is responsible for screening foreign investments in key private companies with a strong Cybersecurity focus. Recently, Matthias was in charge of negotiating in the EU Council parts of the EU Cybersecurity Act dealing with implementing a common EU Cybersecurity Certification framework for IT-products, services and processes.