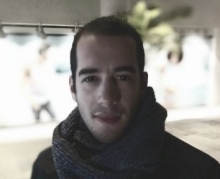 Omer Carmi is the Director of Intelligence at Sixgill, where he leads the company's intelligence methodology and analysis, and directs its team of highly-qualified cyber threat analysts. Omer has a decade of experience in analytical and research efforts in the Israel Defense Forces (Rank of Major). Omer led diverse projects pertaining to developments in the Middle East and national security arenas, for which he received various honors and awards. Prior to working at Sixgill, Omer was a visiting fellow in the Washington Institute for Near East Policy, a leading DC think tank. He holds an MBA from Tel Aviv University and a BSc cum laude in Middle East studies and computer science from Haifa University.