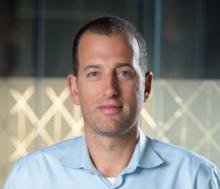 Yoav Leitersdorf has been a successful tech entrepreneur and investor for 25 years. YL Ventures, which he founded, manages $140 million focused on accelerating seed-stage, deep technology Israeli startups’ push into the broader American and global markets, with a specialization in cybersecurity. Based in Silicon Valley, Yoav has actively managed the firm since its inception in 2007, presiding over a dynamic portfolio and a track record of successful, high-profile exits to major corporations including Microsoft, CA and Proofpoint. Prior to YL Ventures, Yoav founded, grew and sold three tech startups, worked as an associate at DFJ Gotham Ventures, studied at IMD, and earned an MBA with honors from Columbia University.